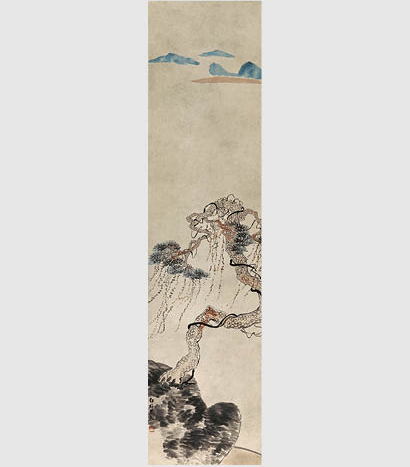 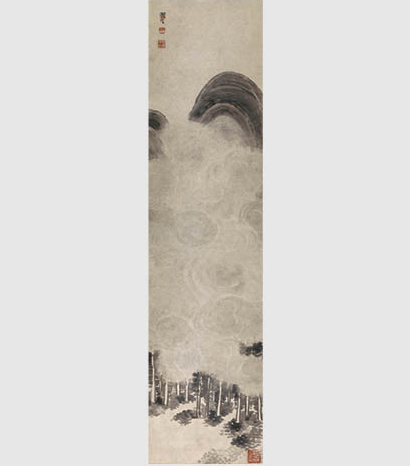 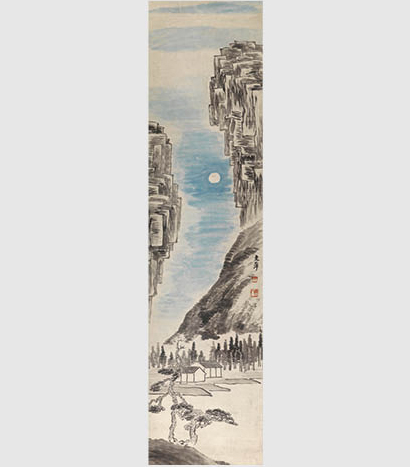 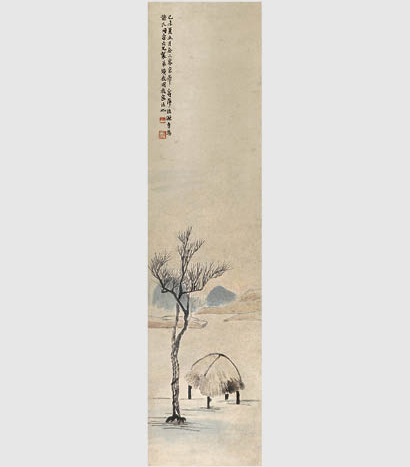 (Spring) Old Baishi; (Summer) Pinsheng; (Autumn) Laoping; (Winter) May, Jiwei Year (the 56th year by Heavenly Stems and Earthly Branches), visited Beijing for the third time and lived in Fayuan Temple. There are six brothers from my family. This is brother Huang. I apply my family disciplines.

Qi Baishi (1863—1957), childhood name A Zhi, courtesy name Pingsheng, literary name Baishi, Baishi Weng, Laobai, and also Jiping, Laoping, Jieshan Weng, Xingziwu Laomin, Qida, Mu Jushi and Sanbai shiyin fuweng, native of Xiangtan, Hunan Province. Born in an impoverished family, he started to learn woodworking since 15 years old. He was working in his employer’s house when he saw Manual of the Mustard Seed Garden, and then began painting. He learned painting from Xiao Chuanxin, Hu Qinyuan, Chen Shaofan and Wang Xiangqi successively. In 1903, he went to Beijing for the first time. In 1917, to elude from turmoil of war, he determined to settle down in Beijing. As an unknown painter, he did not have many people asking for his paintings. Chen Shizeng visited him in Fayuan Temple, and they “became intimate friends as talking with each other”. Chen Shizeng encouraged Qi Baishi to create his own style, and then Qi created Honghuamoye (red flowers and ink leaves) school of painting. In 1922, Chen Shizeng brought some painting works by Chinese painters to attend “China-Japan Joint Art Exhibition” where Qi Baishi’s paintings made a splash; all of his works at the exhibition were sold at a good price, which marks the beginning of his rise to fame.

The Four Seasons by Qi Baishi

The four seasons are presented on the four pieces of screen, with spring, summer, autumn and winter on each piece. This work comprehensively demonstrates a full range of techniques and styles of Qi Baishi’s landscape painting. The spring scenery is divided by a blank in the middle, as water, with slopes, rocks and twisted pine branches at hand and mountains colored in mineral blue and light reddish brown in the distance. This piece is inscribed with the name “Old Baishi”. The seal is “Qida” carved in relief. In the summer scenery, the thick forests are hiding behind clouds, showing only the bottom half; above the enshrouding and rising mist, the peaks of mountains are visible. This piece is inscribed with “Pinsheng” and the seals are “Pinsheng”, “Qida” and “Sanbai shiyin fuweng” carved in relief as well as “Laoping xinku” carved in intaglio. The composition of the autumn scenery is the most ingenious, with trees and river shores at hand, forests and houses in the middle, and high mountains in the distance. Between the two peaks, we can see a full moon hanging up there beside the cliffs, and this kind of decorative painting technique is originally created by Qi Baishi. This piece is inscribed with “Laoping”, and the seals are “Qida” and “Qi Muren” carved in relief. The winter scenery is quite bleak with withered trees and thatched cottages. It is inscribed with “May, the summer of Jiwei Year (the 56th year by Heavenly Stems and Earthly Branches), visited Beijing for the third time and lived in Fayuan Temple. There are six brothers from my family. This is brother Huang. I apply my family disciplines.” The seals are “Qida” and “A Zhi” carved in relief. His chirography here is influenced by Jin Nong, showing flexibility out of seemingly clumsy characters, but perfectly fits with the paintings. This landscape painting on screen is fairly succinct with vigorous strokes, highlighting the charm featuring conciseness, novelty and roughness of Qi Baishi’s landscape painting works.

According to the inscriptions, Qi Baishi finished this painting when he visited Beijing for the third time in 1919, Jiwei Year (the 56th year by Heavenly Stems and Earthly Branches). Different from previous trips, this time Qi decided to settle down in Beijing. He rarely drew landscapes, and thus making this painting on screen even more precious.

In the 1980s, The Four Seasons by Qi Baishi was identified as a National Second-Class Collection by calligraphy and painting appraisal seven-member group under the State Council,now displayed in Tsinghua University Art Museum.