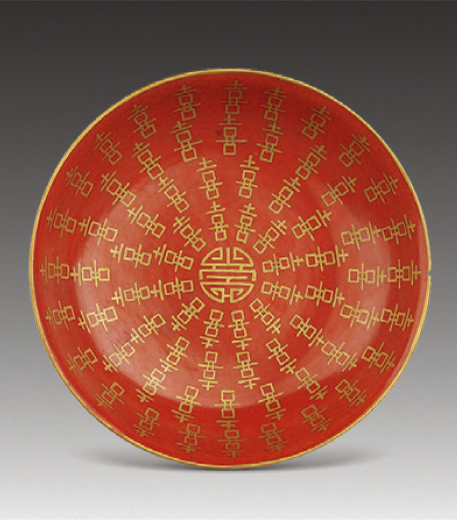 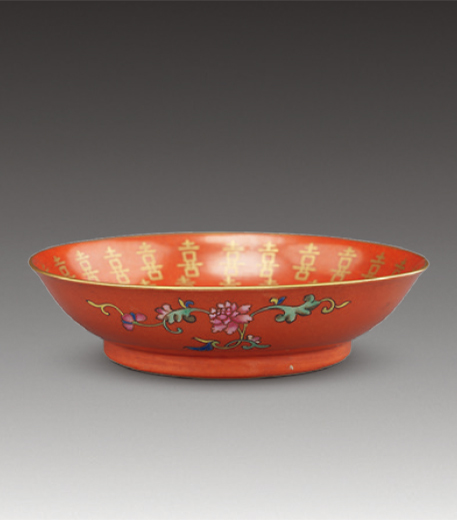 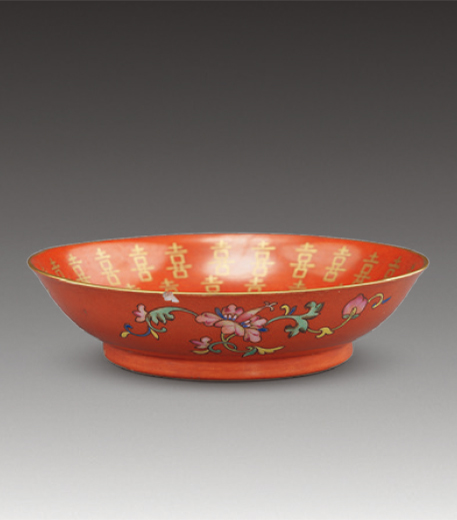 This red glazed plate with golden “Xi” (happiness) was particularly for Tongzhi Emperor’s wedding. The plate has an open mouth, a shallow arc-shaped body, a flat bottom and a rounded base. The plate is overall red glazed, with a circle of gold enamel decorated around the mouth rim. The inner wall is fully depicted with a lot of character “Xi”s in gold enamel, and on the outer wall there are flowers and branches painted with powder enamel. On the rounded base there is inscribed a four-character mark “Tongzhi Nianzhi” (made during Tongzhi Period) in regular script. Red glaze and gold enamel are applied at the same time, conveying joy and happiness.