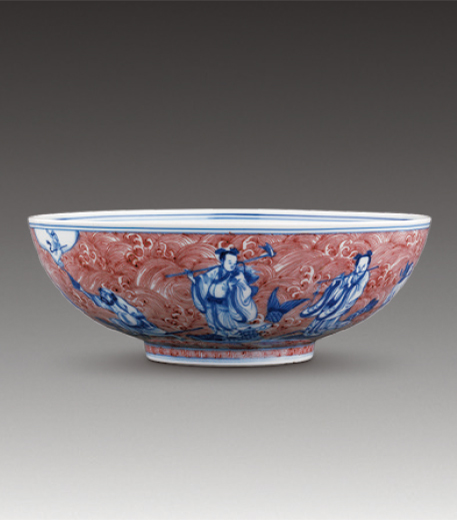 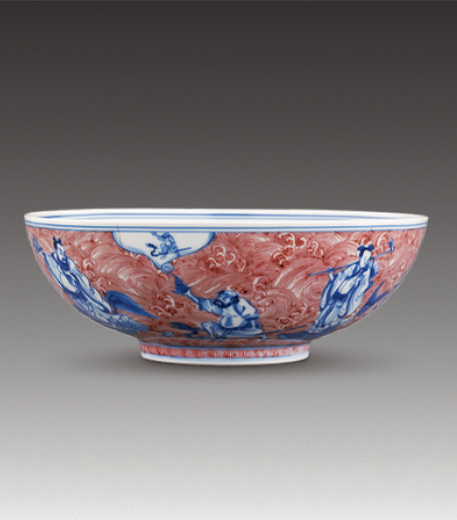 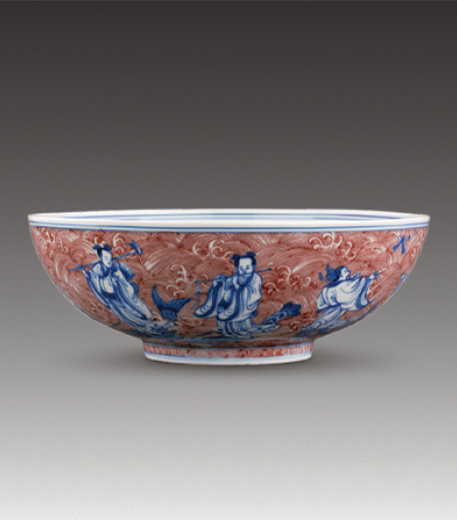 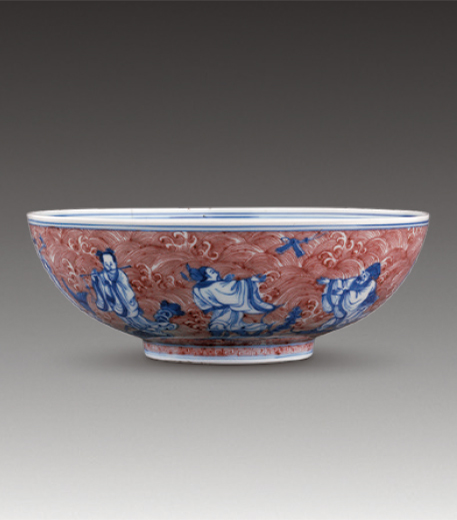 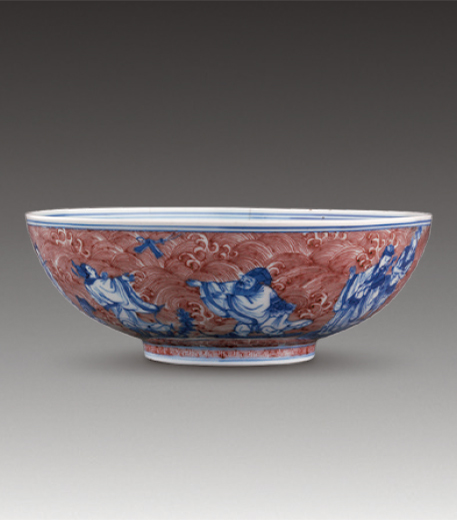 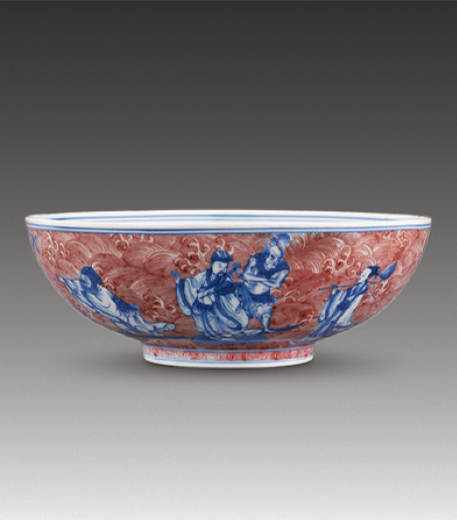 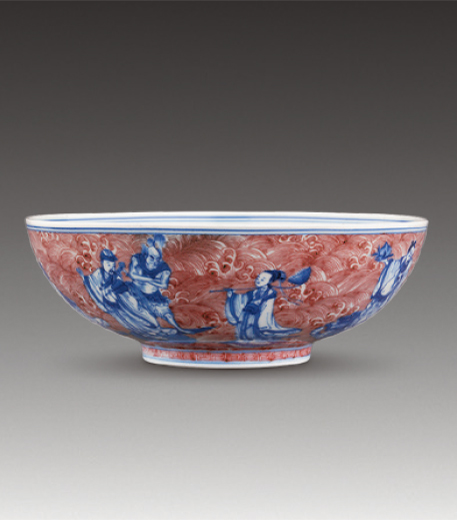 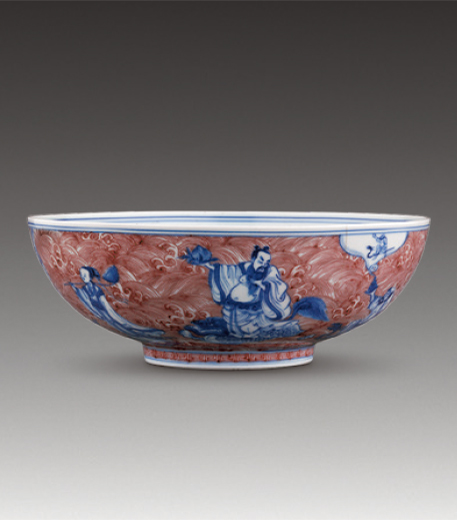 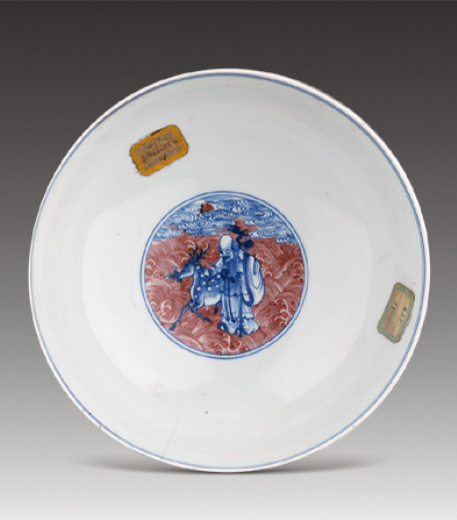 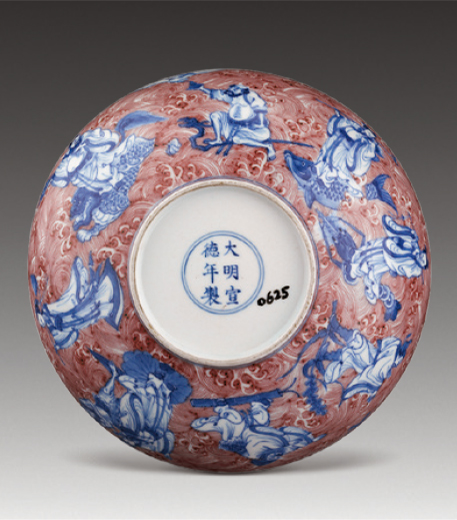 This bowl features a straight mouth, a U-shaped body and a rounded base. Double blue-and-white string patterns are depicted around the mouth rim on both inner and outer walls of the vase. The inner wall is white glazed, and on the inside bottom the God of Longevity riding a sika deer is depicted with blue-and-white under-glazed red, against the background of blue-and-white curly cloud patterns above under-glazed red water wave patterns. On the outer wall of the bowl, blue glaze is applied to outline the image of the Eight Immortals, and under-glazed red is used to draw waves rolling and splashing, to fill the rest of the painting. The design of “Eight Immortals Crossing the Sea” is to celebrate the birthday of Queen Mother of the West; hence, different patterns on the inner and outer walls of the vase actually share the same theme. The vase base is bordered with blue string patterns around the rim, and inside under-glazed red meander patterns are drawn to decorate. In a smaller circle on the bottom is inscribed a blue-and-white six-character mark in two lines in regular script, reading “Daming Xuande Nianzhi (made during Xuande Period, Ming Dynasty)”.

This bowl was made during Kangxi Period in Qing Dynasty. The decorating technique combining blue-and-white and under-glazed red was originally created in Yuan Dynasty; due to the different firing atmospheres of these two glazes, it is extremely difficult to successfully glaze both colors on one ware. During Xuande Period, progress was made in applying the technique of glazing blue-and-white under-glazed red, though there is only a very small number of convincing ceramic works passed down. This vase is authentic in color, with clear and even lines; besides, it features distinct blue and red colors without any color mixing at boundaries between colors, as well as clear borders between main patterns and background patterns. Proficient painting skills are exemplified by the figures’ subtle and vivid expressions and smooth clothes veins, further demonstrating this vase a rarely seen excellent work.
Share