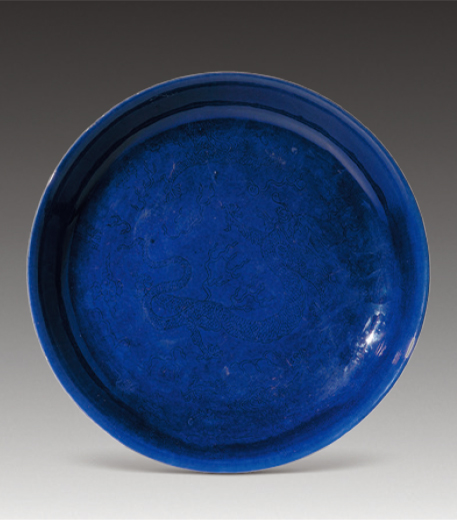 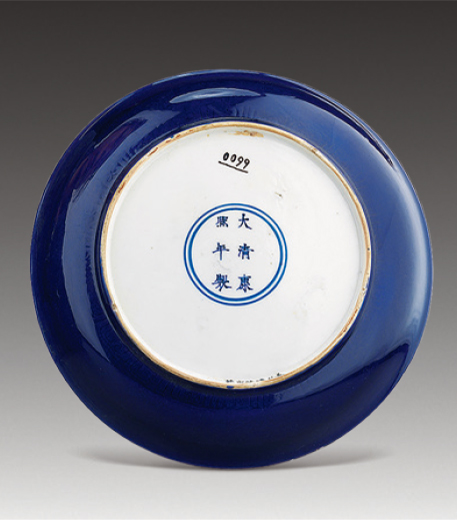 The plate has a wide-open mouth, a shallow arc-shaped body and a rounded base. Both inner and outer walls are glazed in eggplant purple, with a thin layer of glaze around the mouth rim, exposing the white embryo. A five-claw standing Chinese dragon is depicted in the center on the plate’s inner bottom, and two flying dragons on the inner wall, surrounded by clouds and mists. The rounded base is white glazed, on which there is a blue-and-white six-character mark in double lines in regular script reading “Daqing Kangxi Nianzhi” (made during Kangxi Period in Qing Dynasty), surrounded by a blue-and-white double-border circle.