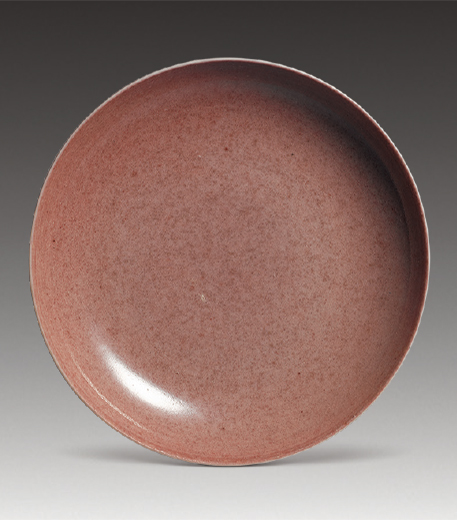 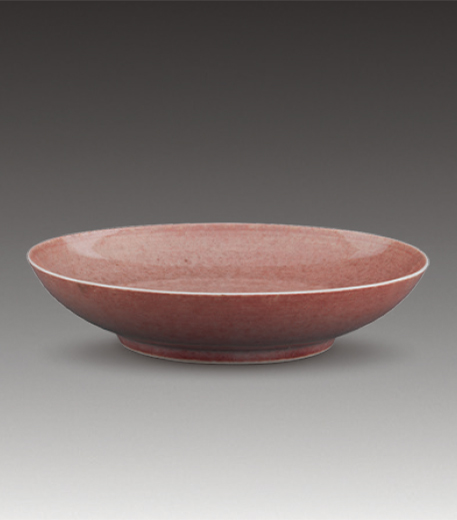 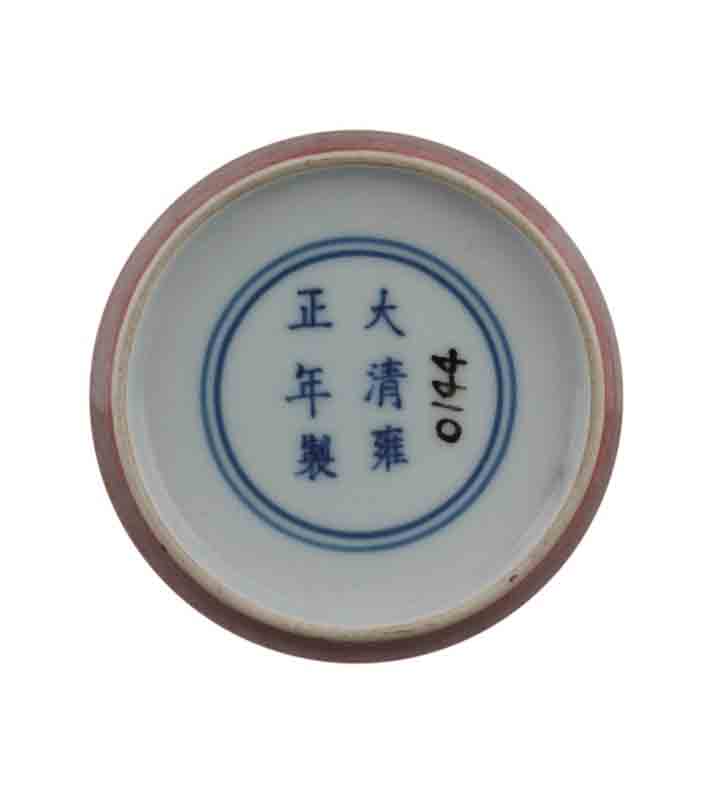 The dish has a wide-open mouth, an arc-shaped body and a rounded base. Both the inner and outer walls are glazed; the mouth rim and the base are in white glaze. On the bottom there is a blue-and-white inscription “Daqing Yongzheng Nianzhi” (made in Yongzheng Period in Qing Dynasty) in double lines within a double-border circle. The glaze is bright, shining different shades of cowpea red, impressing people in a way as described in the famous verse “green as the first stream of spring water, and red as the morning sun about to glow”.

Cowpea red was a new and precious single-color glaze type in Kangxi Period. Due to the difficulty in firing, there are basically no large cowpea red-glazed porcelains. Currently across the academic community, it is agreed that a kind of “Chuihong” (blow-red color) ceramics recorded in Noted on the Southern Wares is actually in cowpea red color. “Chuihong” technique is named so because it is a process of blowing the glaze onto the ware. The reason why it is difficult is that it applies copper red glaze in high temperature, where copper element is significantly volatile; therefore, the changes in the temperature in the kiln, the variation of the atmosphere during redox reaction and the content of copper element in the glaze can all influence, to some extent, the final color condition. Often the wares are in uneven cowpea color, with darker or lighter spots. Since Yongzheng Period, cowpea red glaze had been gloomier, not so good as that during Kangxi Period. The small dish herein was made during Kangxi Period.